Leading Italian actor, playwright and militant leftwing politician who was the wife and professional partner of Dario Fo

In 2006 Franca Rame surprised everyone by standing for parliament. Photograph: Mondadori/Getty Images

Franca Rame, who has died aged 84, was one of Italy's most admired stage performers and playwrights. A leftwing militant, she was elected to the Italian senate in 2006 but resigned within two years, saying the assembly was an icebox of feelings. But Rame was best known as the wife and professional partner of the actor-playwright Dario Fo. In spite of their ups and downs, which they themselves pilloried in a one-act play, Coppia Aperta (The Open Couple, 1982), she remained at his side on stage and off. When Fo received the Nobel prize for literature in 1997, he called Rame his muse and shared the medal with her.
Rame was born in Parabiago, Milan. Her mother, Emilia, was a teacher and a strict Catholic; her father, Domenico, was an actor and socialist militant. She grew up against the God-fearing background of convent schools and the contrasting world of barnstorming theatricals and progressive politics. She made her first appearance on stage in her mother's arms, when she was eight days old. At the age of 18, she began to work in theatres in Milan and had an immediate success in revue. After a few years, she found herself in the same company as Fo, who thought her beyond his reach. She, however, felt attracted to this drab-looking, lanky young man. One evening, she pushed him against a wall backstage and kissed him.
They married in 1954 and their son, Jacopo, was born the following year. Rame and Fo formed a company with other cabaret talents, and she appeared in several films, only one of which is worth remembering – Lo Svitato (The Screwball, 1956), directed by Carlo Lizzani. Fo, who also starred and co-wrote the script, was praised as a promising, Tati-like comedian and she too got good reviews, but the film was a flop and they focused instead on the theatre, which was already offering greater satisfaction. Her lively comedic sense matched her engaging stage presence, so there was always a role for her in Fo's shows, first in cabaret and then in his full-length plays, such as their first hit, Gli Arcangeli non Giocano a Flipper (Archangels Don't Play Pinball), staged in 1959 at one of Milan's largest theatres, the Odeon, where they were to do a new play each season for years to come. Political satire became increasingly prevalent.
In 1962, Fo and Rame were signed as guest stars in co-authored sketches in a popular TV variety show, Canzonissima, but after a few weeks the couple walked out, refusing to accept censorship of their politically slanted jibes. They did not reappear on Italian TV for 15 years, returning instead to the theatre with one of Fo's most successful shows, Isabella, Tre Caravelle e un Cacciaballe (Isabella, Three Sailing Ships and a Con Man), set in Spain in the early years of the inquisition, in which Rame played Queen Isabella, one of her most scintillating performances. There were inevitable topical parallels with the clerically governed Italy of the 1960s.
In 1968, as the movement of dissent in Paris and the US spread to Italy, the pair abandoned the commercial theatre and the financial guarantees that came with their annual seasons, preferring to form a new co-operative group. At first they performed under the auspices of the Communist party, which Rame had joined in; even if Fo's sympathies were closer to the more extreme leftist groups. They played to enthusiastic audiences of mainly workers and students. When I interviewed Fo and Rame for a BBC Arena documentary in 1984, she described how they performed for the workers of a glass factory that was about to close. They arranged for 10,000 glasses to be put on sale at the venue, and the proceeds helped to save the factory.

In 1970 they co-founded their own militant theatre group, La Comune, in Milan. She did agitprop pieces such as Fedayin (1971), the takings from which went to the Palestinian Liberation Front. She and Fo based La Comune in the Palazzina Liberty, an abandoned pavilion that became a magnet for Milan's leftist community. There, she starred in Fo's Non Si Paga, Non Si Paga! (Can't Pay? Won't Pay!) as a typical proletarian housewife who leads other women to go looting at the supermarkets. It was Fo's first strictly feminist play and its success encouraged her to write her own sketches, on which he usually collaborated. In 1977 she put the sketches together into a one-woman show, Tutta Casa, Letto e Chiesa (It's All Bed, Board and Church). It became a favourite text for feminist theatre groups and was performed (as Female Parts) by Yvonne Bryceland at the National Theatre in London in 1982.
In 1973 Rame was kidnapped and raped by fascists. Ten years later, she used the experience for a monologue, Lo Stupro (The Rape), which featured in a 1983 workshop she did at the Riverside Studios in London. She caused controversy when she gave a surprise performance of the monologue on a popular family TV programme in Italy. In 1987 she announced on TV that she and Fo were separating. However, they managed to patch up their relationship.
Through the organisation Soccorso Rosso (Red Aid), Rame raised funds to help the families of political prisoners, who were being mistreated in Italian jails. She said in 1984: "I'm not defending prisoners because I think they're poor helpless beings who have been maltreated by an evil society. I just want to defend their right to dignified human treatment." This kind of activity made it difficult for her and Fo to get visas to visit the US, but they eventually travelled there, to a triumphant reception in theatres and universities, in the late 1980s.
In the 90s, Jacopo helped his parents adapt his book Zen and the Art of Fucking as a monologue for Rame, who called it "a comic lesson in love and sexual education". The title was changed to "Sex? Yes please, my pleasure" to appease eventual bigots who anyway tried unsuccessfully to stop its performances at the Milan Piccolo Teatro. Just as audiences in the post cold war world were perhaps beginning to tire of the political theatre genre, Fo's Nobel prize brought him and Rame back into the limelight. They gave most of the Nobel money to charity. At the Stockholm ceremony they, accompanied by Jacopo, seemed a distinguished bourgeois family being received by royalty rather than the band of anarchists of their public image. It was endearing without seeming incongruous or hypocritical. They had a right to feel pleased with themselves.
Fo and Rame continued to do plays, including L'Anomalo Bicefalo (The Two-Headed Anomaly, 2003) – not perhaps one of Fo's masterpieces but a timely and witty fantastical satire about a political rally in Sicily, where there is an assassination attempt on Vladimir Putin and Silvio Berlusconi. The latter recovers when surgeons give him what is left of Putin's brain. Berlusconi's then wife, Veronica, played by Rame, has to explain to him who he was, with hilarious results. The real Veronica saw the play and complimented Rame, much to Berlusconi's dismay.
In 2006, Rame surprised everyone by standing for parliament. She was elected to the senate for the Italia dei Valori (Italy of Values) party of Berlusconi's enemy, the former magistrate Antonio Di Pietro. When she resigned, she ran notices in Italian newspapers to explain why she felt frustrated by the experience. "This has been the most strenuous and hard-going period of my life," she wrote. In the summer of 2006, Rame appeared on stage in Verona in Fo's Peace Mom, dedicated to Cindy Sheehan's protest after her son's death as a US soldier in Iraq.
In her later years, she helped to preserve Fo's archives and to stage his public performances devoted to artists including Caravaggio. In 2009, Fo published a biography of Rame and she acted with him in a play about Aurelius Ambrosius, the patron saint of Milan, to whom they also dedicated a handsome book. They had been due to appear in a new collaboration, Una Callas Dimenticata (A Forgotten Callas), at the Arena in Verona this summer.
She is survived by Dario and Jacopo.
• Franca Rame, actor and playwright, born 18 July 1928; died 29 May 2013
John Francis Lane

END_OF_DOCUMENT_TOKEN_TO_BE_REPLACED 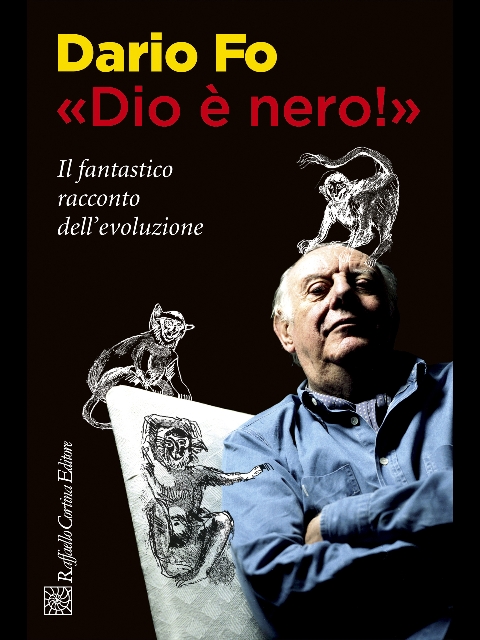